Home
/
Featured
/
The Most Hilarious Complaints We’ve Heard About Airtravel

Flying can be a stressful business, both for travelers and for air cargo alike. Even when everything goes perfectly to plan, just getting to the airport, going through check-in and security, flying and coming out on the other end can cause you stress. It’s tiring, but it’s often the fastest way to get where you need to go.

Unfortunately, not everything always goes right, and that’s when things become even more difficult to deal with. But even when airline passengers are unhappy, many people are able to find humor in their situation. If they aren’t able to laugh at themselves (or the airline), someone will be all too happy to laugh at them.

Check out some of the funniest of the former we’ve seen and heard around the web.

Some travel complaints are so good that even Sir Richard Branson himself (owner of Virgin Atlantic) is impressed. One customer of the airline sent a complaint in 2009 that Branson said was the best complaint letter he had ever seen. The subject of the letter from one unhappy customer was the in-flight meal they received on a flight from Mumbai to London Heathrow. The long letter detailed the passenger’s thoughts when confronted with the meal (and included a photo), asking, “What is this? Why have I been given it? What have I done to deserve this?” Part of the humor in the letter might be in just how long it is – it goes on for quite a while, but feel free to read the full letter here.

Seat 29E Is the Worst

Some people try to make their complaints as unique as possible, in an attempt to ensure they get the attention of the airline. They can get pretty specific too, as in the case of the passenger who really didn’t like sitting in seat 29E. The passenger, complaining to Continental Airlines, wrote a handwritten note and even included a drawing to emphasize how much they disliked their journey. And what was wrong with the seat? It was close enough to the toilet that the passenger could reach out and touch it.

Everyone knows that if you’re going to travel with a budget airline, you’re risking a situation where you might be forced to pen (or type) a letter of complaint. Irish airline RyanAir is one of the more prominent budget companies in Europe, and of course, it has its problems. In fact, it’s often voted the worst on the continent. A letter from James Lockley about RyanAir complained about a missed flight, all thanks to one baby-faced employee of the airline. Lockley and his wife missed their flight from London Stansted to Bratislava because of the staff member “being a child, and forgetting to take his mother to work,” leading to them receiving misleading directions.

Some of the best airline complaints come in the form of long and rambling letters. The more worked up the customer gets, the funnier it becomes. 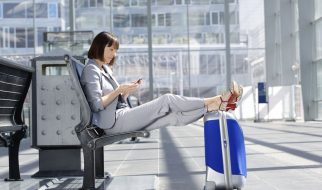 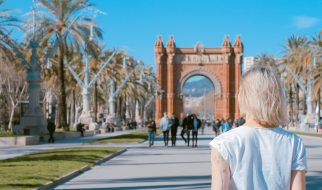