Home
/
Hotels and Accommodations
/
Apartment firms in for long stay 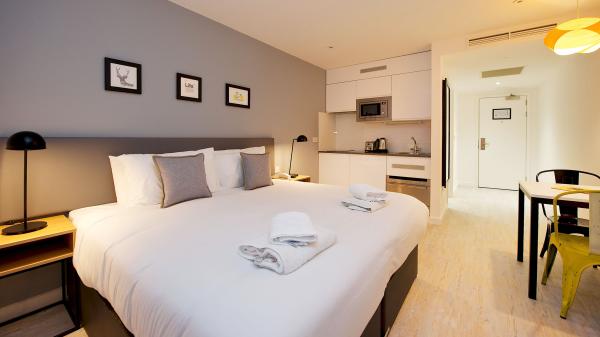 Companies that offer an alternative to the traditional hotel room are checking in to Dublin, writes Grainne Rothery

Dublin’s shortage of hotel rooms is well documented, yet the city is particularly undersupplied at the aparthotel and the serviced apartment end of the hospitality market. Local and international operators, developers and investors are on the hunt for opportunities to fill the gap.

Serviced apartments are a relatively new concept in Europe, but increasingly popular with business and leisure travellers looking for alternative and flexible accommodation. While specifications vary, aparthotels and serviced apartments are usually bigger than standard hotel rooms and come with kitchens and cleaning services. Other amenities can include a 24-hour reception, communal areas and gyms.

The difference between apart- hotels and serviced apartments is not always clear. As a rule of thumb, the former offer more hotel-like amenities — for example, food offerings — and shorter stays.

Dublin has about 400 serviced apartments out of a total inventory of 20,000 hotel rooms.

“That is just 2% of our total stock and well below the UK and European average,” said Dan O’Connor, senior vice-president of hotels at JLL. “If you look at Liverpool, where the serviced apartment stock makes up 11.8% of the total room stock, or London, where it’s 7.5% of the total stock, Dublin still has a long way to go.”

The European market is well behind North America, Asia and Australia, where serviced apartments and aparthotels account for between 10% and 25% of hotel room stock in certain locations.

“Across Europe it’s more like 2%, so there’s an undersupply of this type of accommodation,” said Tom Walsh, chief executive and co-founder of Staycity, a Dublin aparthotel chain. Walsh’s company operates sites across the UK, three in Dublin and one property in Paris.

Regardless of the undersupply, serviced apartments offer operators a more efficient business model than their full-service hotel counterparts. Owen Pritchard, senior director and head of advisory services for Europe, the Middle East and Africa at CBRE Hotels, points to the fact that rooms, rather than the food and drinks, are usually the most profitable aspect of a hotel.

“With serviced apartments you’ve got lower service charges because the length of stay tends to be longer, and there’s less leakage through the bells and whistles you might have to provide in a hotel,” he said.

O’Connor said: “Operating a hotel in Dublin, you might generate a 30% profit margin in the city centre. At a comparable serviced apartment operation, you could be delivering somewhere to a 60% to 70% profit margin.”

“Our market is predominantly corporate and predominantly longer-stay,” said Jim Murphy, chief executive of Prem Group. “It’s people who are staying for three or four weeks at a time, up to maybe six months. They’re mainly corporate project workers and they’re looking for something as an alternative to a traditional hotel room that gives them more flexibility and freedom. Our units are normally a lot bigger than a hotel room — an average of 40 square metres — so they would very much mirror residential apartments.”

Prem Group also has serviced apartments in the UK and one in Belgium. The company plans to open in Reading, Rotterdam, Antwerp and Amsterdam. “They’re the ones we’ve contracted but we’re currently working on quite a number of other locations,” said Murphy.

Staycity has about 200 units between its three Dublin aparthotels at Christchurch, Millennium Walk and St Augustine Street. The company recently announced it will be working with Tetrarch Capital on a 159-unit purpose-built aparthotel on Mark Street in Dublin 2. Tetrarch has submitted an application for the building, which will be leased to Staycity over the long term. The €25m project is scheduled for completion by the end of 2018.

Staycity’s Millennium Walk property is leased from Tetrarch, and the Dublin company will also operate a 50-unit aparthotel on the corner of Chancery Lane and Bride Street. Construction is expected to begin by the end of the year.

Walsh said his company plans to grow its Dublin business to more than 1,000 units. “We’re negotiating one or two others at the moment but we’re in the market for more sites,” he said. “We have a ready pool of institutional investors who are backing us on the real-estate side.”

Staycity has opened three properties in the UK this year and is scheduled to launch in Lyon and Marseilles in the first quarter of next year. The company also recently signed a deal in Venice, while its unsigned pipeline includes properties in two other Italian cities and two more in Germany. “We’d expect a couple of them to convert before the end of the year,” said Walsh.

Staycity has one of the largest pipelines of any serviced-apartment operator in Europe, including more than 800 rooms planned in London.

Back in Dublin, several international players have been looking at opportunities over the past 12 to 18 months.

“I would expect to see a number of new serviced apartment operators opening in Dublin in the coming years,” said O’Connor at JLL. “For example, operators such as Zoku, Frasers Hospitality, Go Native, Marlin, Roomzzz, Adagio and BridgeStreet all have requirements for Dublin.”

Pritchard at CBRE said: “The operators we’ve talked to see Dublin as an important market to be in. They would see the depth and business and leisure mix of the Dublin market to support a good aparthotel offer. That’s where these can really trade well, because you can capture your long-stay guests and yield manage with more traditional one- or two-night stays. That’s where an aparthotel as opposed to a traditional serviced apartment, which might not have any amenities, can be more flexible in its offer.”

Securing suitable sites remains a big challenge, however. “At the moment demand is very strong, and we could do with more product,” said Murphy at Prem Group. “The challenge in Dublin is the availability of locations and sites to develop more product, because we’re competing with people who want to build office buildings and hotels, as well as residential apartments. We’ve been unsuccessful in trying to acquire a number of locations in the last year, but we’re constantly on the lookout for suitable locations.”

As hotel and prime office values in Dublin continue to exceed those of serviced apartments, operators need to be creative. “They’re looking at places like North Quays, where there might be a site designated for some kind of hotel accommodation but is perhaps just a little off-pitch,” said O’Connor. “Hoteliers might be a bit more discerning about the profile, but the serviced apartment operator isn’t.” 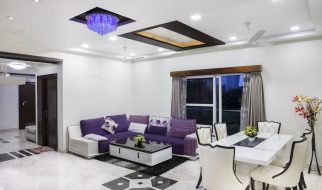 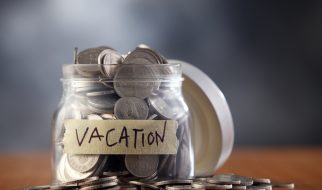