Home
/
Travel Destinations
/
How to Settle In, in Australia – by Australians!

If you’re thinking of moving to Australia, a survey published in The Telegraph reveals that the most important asset for any expat is the determination to succeed. The survey interviewed over 1,000 Australians; let’s take a look at their suggestions concerning the key ingredients for a successful new life Down Under…

Moving to a new country always entails a leap of faith. Dreams don’t always transform into realities, and often an expat may wonder why they made the move in the first place. Those who have successfully made this transition, and are happily settled in Australia, all suggest that working hard is vital to success in your new country.

According to Annabelle Tellis, an expat who moved to Oz in 2002, “taking pride in your work, (and) being part of a team,” are essential attributes if you want to make a success of your new life.

The survey also highlighted the fact that 40% of Australians claimed that ‘expats must display green credentials.’ Thanks to Australia’s fantastic biodiversity and often pristine environment, expats are encouraged to take part in local conservation schemes and to work with all Australians to protect the country.

Mixing with the locals

The easiest way to become more involved with your new country, wherever it is, is to socialise. Don’t just stick with expat groups! Initially, meeting and mixing with the locals may prove to be hard work, but ‘mates culture’ is highly valued in Australia. If there’s a football match or another sports event in your new area, see if you can join a group of people from work and then chill out in the local pub with your new friends.

An encouraging statistic for UK expats to remember is that 86% of Australians have said that they wanted more Brits to relocate to Australia.

Alternatively, if you have children, another useful way of settling in your new country and building a social life is to make friends with other parents. Moreover, Australians are known to be friendly as well as welcoming and will probably help their new neighbors to get familiar with the new place. Say, if you are someone planning on moving in Sydney’s west, you can possibly find neighbors coming out to make you feel more welcomed. They may also help you in unpacking your belongings to set up your new home. Also, thanks in part, to the wonderful climate, weekends are taken up with ‘barbies’ and other outside activities.

Finally, it’s vital that you maintain your sense of humour in your new life – the last thing any expat wants to be labelled is a ‘whinging Pom.’ Relocating to Australia is never going to be the most straightforward move you can make, but following these suggestions just might help your chances of success. 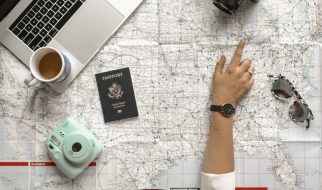 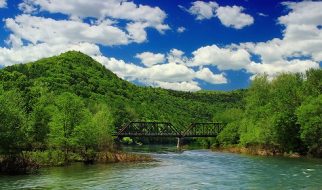