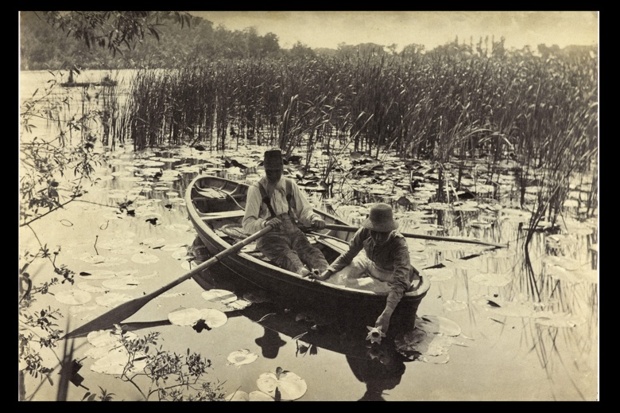 On September 19, 2014, fans queued overnight outside Apple stores in London to get their hands on the new iPhone 6 — and once they had their hands on one, the first thing many of them did was to take a selfie. Rewind 175 years (and one month) to August 19, 1839 and you’ll see how little has changed. According to the literary magazine the Athenaeum, when the astronomer François Arago presented a paper to the Académie des sciences in Paris outlining Louis Daguerre’s technique that created for the first time a fixed, reversed positive image, he did so before a crowd “which had besieged the doors of the institute three hours before commencement of the sitting”. Photography was born and with it, photomania.

That was very nearly the title of a new exhibition at the National Museum of Scotland. But no. Photography: A Victorian Sensation is a major show of about 1,500 objects, including not only photographs (daguerreotypes, calotypes, stereographs and images made using the “wet collodion” technique) but also equipment from the earliest days of photography — and some quite bizarre apparatus for displaying and viewing the resulting pictures. The show tells the story of the birth of photography, two years after Queen Victoria ascended to the throne, and the form’s rapid growth from rich man’s curiosity to mass hobby, just as she was about to drop off it.

Daguerre was not the first person to dabble in the reflection of reality using light and chemicals. The camera obscura, which creates an inverted image by focusing light through a tiny hole into a dark space, has been known since at least the 5th century BC, when the Chinese philosopher Mozi recorded the phenomenon. Leonardo da Vinci wrote about it in 1502 and in 1795, Thomas Wedgwood, who had seen his father (Josiah, founder of the pottery firm) use one as an aid to drawing scenes on ceramics, was already experimenting with silver salts to create images, although he failed to find a way to prevent them from fading. He died in 1805, aged 34, but had he lived longer, says the exhibition’s co-curator Victoria Adams, he might have beaten Daguerre to it.

By 1835 Daguerre had figured out that by exposing polished silver plates to various fumes such as iodine and bromine, then to light, then to mercury vapour (nobody said it was healthy) before fixing it with a hot salt solution, he could create a pin-sharp — what we now call high-resolution — image that wouldn’t fade. He waited, however, until 1839 to reveal the daguerreotype as he first wanted to secure a French government pension for himself and the son of his late collaborator. In a letter to the optic instrument maker Charles Chevalier that year, Daguerre wrote, “I have seized the light and arrested its flight! The sun itself shall draw my pictures!”

His sun-sketched images were an instant hit. People marvelled at the (still now) breathtaking clarity of the images. Their method of production meant they were expensive — initially about half a guinea, equivalent to about £300 today — but their fragility and lustre made them desirable. The exhibition contains several daguerreotypes presented in specially made cases: a velvet or silk-lined box of wood and leather, tortoiseshell and ivory, or even an early form of thermoplastic, with a protective layer of glass covering the image. Some are wearable, with some of the owner’s — or the subject’s — hair woven into them, which is pretty grisly. Queen Victoria was a big fan of wearable photographic jewellery (in bracelets, lockets or similar), which helped to popularise it further. In America, it’s thought that by 1853 there were more than 90 daguerreotype studios in New York and about 10,000 Americans involved in making them, despite the massive initial outlay required for equipment and chemicals.

Daguerre was not, however, the only person to “invent” photography that year. Less than a month after the Frenchman’s announcement, an English country gent, William Henry Fox Talbot, rushed into publication an account of his own experiments with light-sensitive silver salts that he had successfully used, also in 1835, to create negatives. In typical man-of-leisure fashion, he put his experiments to one side, because he was, Adams says, “just doing other things”. Spurred by Daguerre’s success, however, Fox Talbot renewed his efforts and improved his method to the point that, in 1841, he announced — and patented — his own form of photographic reproduction on specially treated paper: the calotype.

Though he did initially make some money, Fox Talbot was already rich enough as a landowner to lower the licence fees from £20 to £4 and waive them altogether for amateur photographers. He was much more interested in the proliferation and possible uses of the new technology and between 1844 and 1846 published The Pencil of Nature, a serial publication highlighting how photography could be used, from recording architecture and nature to documenting a collection of artefacts for insurance purposes, as well as for creating works of art. “A painter’s eye,” he wrote, “will often be arrested where ordinary people see nothing remarkable. A casual gleam of sunshine, a shadow thrown across a path, a time-withered oak, or a moss-covered stone may awaken a train of thoughts and feelings, and picturesque imaginings.”

Fox Talbot’s camera equipment, made to his design by his estate carpenter, with the domestic iron he used to prepare the paper and an image he took of his gamekeeper — who looks exactly like you want a gamekeeper to look — is on display in the Edinburgh exhibition.

Photography really took off after these two, rather pricey, methods of production were combined into the much more efficient wet collodion system. In 1851, sculptor Frederick Scott Archer discovered the process when he became frustrated at the poor definition of the calotype that he had been using to capture images of his sculptures. Unfortunately, he failed to patent his system before publishing it in The Chemist in March — the world thanked him, but he died destitute, having made not a penny from his faster and cheaper method (though various photographic societies raised money for his family in recognition of his unintended service to the form).

This finally meant that pictures could be easily taken outside, and didn’t require the subject to sit painfully still; the sentimental Victorians could indulge in pictures of animals and children to their hearts’ content.

It also meant that instead of being a product and hobby for the rich (there are works here by the wealthy amateur, Julia Margaret Cameron, including her photograph of her neighbour, Tennyson, about which the writer complained bitterly, “I can’t be anonymous by reason of your confounded photographs”) almost everyone could afford a little snap of one size or another. Booklets were produced to help people to pose and everyone from builders to musicians, scientists, firemen and domestic servants went crazy for cartes de visite, having themselves photographed in their working clothes.

Along with the newfangled stereographs (two photographs taken from slightly different angles which, when viewed through a stereoscope, created a 3D image), these little cards became a way to collect images of the world. Well before the picture postcard, photographers could be sure of sales of images of Venice or the Holy Land, of pictures that fed the Victorian fascination with psychology and the occult (and, in the case of a double-exposure image of the actor Richard Mansfield as both Dr Jekyll and Mr Hyde, conveniently marketing a theatre production to boot), or of celebrities, such as Isambard Kingdom Brunel, Charles Dickens and, bizarrely, Dr Edward Pritchard, notorious for poisoning his wife and mother-in-law.

By far the most popular were pictures of the royal family. Victoria and Albert were quick to see the PR potential and released many images of themselves and their family, including one, dated after Albert’s death, of the Prince of Wales and his new bride awkwardly flanking a dour Victoria, who stares morosely at an outsized bust of her dead husband. No doubt then it was rather moving, now it is morbidly hilarious.

The final advance that really brought photography to the masses came the year before the Queen’s death in 1901. George Eastman, an American, had already set up the Eastman Dry Plate and Film company in Rochester, New York, selling the Kodak camera (he wanted a name that was short and easily pronounced in several languages). After incessant experimentation, starting in his mother’s kitchen, he developed progressively more efficient and easy-to-use cameras, saying later, “We were starting out to make photography an everyday affair, to make the camera as convenient as the pencil.”

In 1900, he succeeded, launching the Kodak Brownie, a cardboard box camera ready-loaded with a 100-shot roll of film that, once finished, you sent off to Kodak. It was returned, reloaded, with your prints for $1 apiece. Eastman marketed the new camera squarely at women and children, with the tagline: “You push the button. We do the rest.” He was rewarded with 150,000 units shipped in the first year of production, and millions more in the following 70-odd years.

Though there are few smiles in this show — the Victorians were definitely not keen on looking frivolous in their photographs — there is a palpable sense of the joy they took in this new discovery; the innovation and excitement, the experimentation and playfulness that fed into making photography one of the most revolutionary technologies developed. Now, more photographs are taken in two minutes than were taken over the whole of the 19th century. And what are they of? The same stuff: landscapes, buildings, celebrities, our friends, ourselves, and cats. Loads of cats. Tucked away amid one display in the show, is a stereograph of a kitten in a basket (albeit stuffed, due to the long exposure). A pioneering bunch, those Victorians. 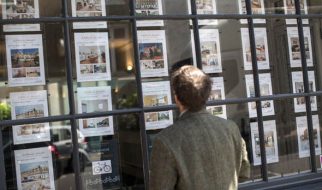