Home
/
Travel Destinations
/
Where To Go: Top Countries To Move To In 2018

Sometimes simply traveling to a country isn’t enough.  Some places just make you instantly fall in love with the culture and lifestyle of the area, and you know you have to live there someday.

Moving to another country takes time, and there are many specific steps to follow to assure that everything goes smooth.  Check out a little inside information on a few of the top-rated places to live from all around the world.

Norway has a reputation of being one of the world’s wealthiest countries, but it is also known for being one of the least corrupt places in the world.  Norwegians have the ability to boast an incredibly high quality of life.

The country’s social services are unlike any other, and their healthcare, education, and governance ranks at the top of the scales consistently as the years progress.  It’s not surprising that the country also sits as one of the happiest countries in the world.

The U.S. has its share of ups and downs when it comes to politics, but the country still ranks at the top for best places to live.  The average annual income of U.S. residents is around $50,000, which isn’t something to frown upon.

Immigrating to the United States is somewhat tricky, so most people have to plan a few years ahead of time to make their move.  Check out a more in depth synopsis of what it takes to legally relocate to the U.S.

Finland is another country, similar to Norway, that ranks at the top of the charts for quality of life and happiness of their citizens.  Finland’s healthcare and education are stellar, taking an untraditional standpoint on structure and policy.

The Nordic countries of the world are clearly a dominating force when it comes to excellence and joyous living conditions.  Sweden actually ranked first on the Legatum Prosperity Index for three years in a row (2010, 2011, and 2012).

Sweden currently sits in 5th place, but citizens still live some of the most carefree lives of any group of people in the world.  Expect high quality, affordable, education, and healthcare.

Next door to the U.S., Canada gives other countries on the list a valiant run for their money.  Canada provides healthcare for all of its citizens, and they make sure their people are provided for in the latter years of their lives.

Canada has a solid government construct, and while it may take a while to see the doctor, Canada’s medical professionals are among the best in the world.  The average life expectancy of Canadians is more than 82 years old. 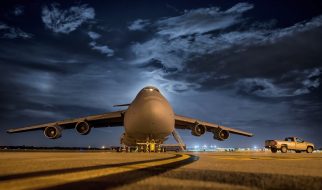