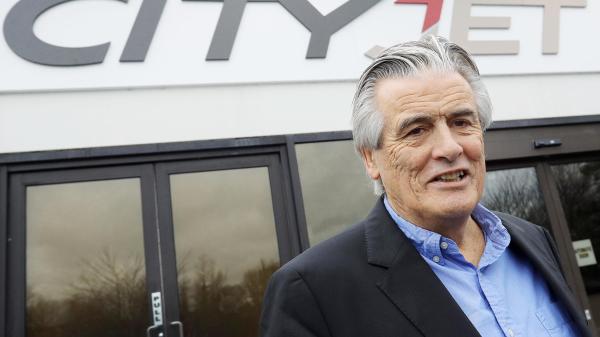 PAT BYRNE looks tired. In his sparse office at Cityjet’s Swords office near Dublin Airport, there is a packed travel bag nestled in the corner. He has a flight to catch to Sweden in the afternoon for continuing talks with the Scandinavian carrier SAS on the expansion of a contract to supply planes and crew on its regional services.

He is also close to a similar deal with a subsidiary of a large European carrier — “a real breakthrough deal”. Rumour in the market is that Cityjet could link up with Brussels Airlines, a subsidiary of Lufthansa. Byrne plays a dead-straight bat: absolutely no comment.

This month he was also expected to close a deal to buy Stobart Air, operator of the Aer Lingus Regional franchise. Byrne first approached Stobart Air a year ago, and the airlines signed a letter of intent in March. Byrne spent well over €500,000 on due diligence and legal costs, on top of “a whole heap of management time”. Talks were officially and abruptly broken off last weekend. “It’s irritating and very frustrating,” he says.

Byrne admits there were “a lot of moving parts” to the transaction. There were minority shareholders, a connected leasing company and Aer Lingus stuck in the middle. There was also Stobart Group’s ownership of Southend airport, to the east of London.

In its communications, Byrne muses, Stobart “leads all the time with Southend airport”. The airline was “always the caboose at the back of the train”. It has little or no strategic value to the airport owner, Byrne says, and never will. Southend needs jets not turboprops.

The airline was a nice fit for Cityjet, however, and that is the frustrating bit. “I’m still at a loss as to why they would not sell to us,” he says. It has been speculated Stobart Group may form closer ties to the struggling quoted regional airline FlyBe. Whatever the reason, Stobart management “had a very major change of heart”, he says. “Maybe they found a better-looking girl.”

Byrne is not moping over the lost opportunity. In a second coming at the airline he first founded 24 years ago, Byrne has other fish to fry. Just as Ryanair’s Michael O’Leary went to America to discover low-cost carriers, Byrne plans to pioneer another US airline phenomenon: capacity purchase agreements. Here, large carriers buy in capacity from fleet-footed regional airlines to operate less dense routes.

Under the so-called wet lease arrangements, the contractor supplies plane and crew, maintenance and insurance. All other costs, and risks, are borne by the hiring carrier. These white-label deals have been part of air travel in America for nearly 20 years, says Byrne, and Europe is now poised to embrace the model. It underpins his plan to float Cityjet on the stock market in three to five years. By that stage, he hopes, wet lease deals will account for 70% of the airline’s revenue, which is now dominated by scheduled services and charter.

Byrne envisages the airline will have 50-60 aircraft, or twice its current fleet, sales of more than €500m and earnings of over €30m. For an airline that struggled to make money during its entire existence, it seems a big task. “This is easily the most exciting thing I have ever done in working life.”

Byrne has always been something of an aerosexual. As a schoolboy at Presentation College Bray in Co Wicklow, he applied to the RAF flight crew programme at Biggin Hill in England. He was offered a place on an air-traffic control course, but declined. Instead he went to work for Chase Bank in Dublin, and spent 20 years in financial services.

He earned his fortune as a large shareholder in Savings & Investments, a pensions adviser. It was bought by Woodchester, a quoted financial services group. Disillusioned but well off, Byrne left the company in 1991. Aged 37, his first taste of aviation finance was the purchase of three Marchetti aerobatic and military training aeroplanes, which he planned to lease to the Irish Air Corps. A qualified pilot, he ended up flying one of them himself. “Not my best deal,” he says.

Cityjet was launched in 1994, specifically to fly business customers from Dublin to London City airport. Backed by wealthy Irish investors and institutions, it originally flew as a Virgin franchise. Over the next six years, Byrne battled to keep it flying. Shareholders came and went. It went through examinership, and ultimately was sold to Air France in 2000, with Byrne staying on as a non-executive director.

He joined Vision Consulting in Dublin and spent three years as its business development director. He then set up Rainmaker, a consulting firm, with partner Brendan Fuller, specialising in aviation and financial services. It bought a technology company “based in a garage in Fairview” that analysed payroll data for hotels in the Middle East. Byrne and Fuller saw applications in the airline industry. Seabury, a large US airline consultancy, recently took a minority stake in Rainmaker earlier this year, investing €300,000.

His association with Cityjet would end, temporarily, in March 2014 when Air France sold the airline to Intro, a German private equity firm, for a nominal sum. As a non-executive, Byrne says he had “zero influence” over the airline’s strategy or operations under French ownership. He felt the business stagnated.

Intro was a worse owner. Its strategy was to set up Cityjet hubs in Cambridge and Cardiff, and hire aircraft from VLM, a sister airline. Cityjet was paying expensively to operate unprofitable routes. “VLM drank the whiskey, Cityjet got the red nose,” says Byrne. He could see no strategy emerging as losses mounted. Rainmaker had opened Byrne’s eyes to the wet lease model, and he felt Cityjet would be the perfect vehicle to bring it to Europe. It would also “derisk” the airline, as Cityjet would not be making bets on new routes.

He rang up executives at Falko, a regional aircraft leasing company. The lessor was set up by former British Aerospace executives who supplied Byrne with Cityjet’s first aircraft back in 1993. “They got it immediately,” says Byrne. Falko was critical to his return. Cityjet did a sale-and-leaseback deal on seven Avro jets with the lessor, giving the airline a much-needed $14m (€13m) cash injection. A Falko-related company, Triangle Aviation, also agreed to advance a $20m loan facility. It negotiated an option on the equity in the airline as collateral. Triangle insisted Byrne be installed as executive chairman, nudging Intro’s Peter Oncken aside.

In the summer of 2015, SAS put its regional routes out to tender, and Byrne scented an opportunity.

“We were the last of 11 companies to pitch,” he says. It won, and ordered eight Bombardier planes to operate the routes.

Cityjet also agreed to pay €1.4m for Blue1, a SAS subsidiary, though just €85,000 of it was up front in cash. Byrne shut down operations and sold its planes. Blue1 provided a foothold in Scandinavian legal and accounting infrastructure and, most crucially, pilots. It allowed Cityjet to hit the ground running.

SAS has already agreed a 50% increase in capacity for 2017, converting options on a further four Bombardier planes. Last year Byrne also placed an order for up to 31 Russian-made Sukhoi jets, the first step in replacing its ageing Avro fleet. Three of the 98-seater aircraft were delivered last year.

Taking on two new aircraft types was an expensive move, particularly in terms of training, yet Byrne says it is an investment in the future. It means that break-even will be pushed into 2017, having cut losses down from €30m to €10m in 2015.

A further statement of intent was the $35m invested by the airline’s new shareholders. Last March, the option on the Intro equity was called, and Cayman Islands-registered Cityjet Holdings took 100% control. Byrne is remarkably coy about the identity of the ultimate owners, saying only that they are European, a necessity under EU law. He personally has “a single-digit percentage” shareholding.

Former owner Air France remains a big customer. Cityjet has four aircraft based in Paris on a wet lease basis, serving destinations such as Turin, Dusseldorf and Newcastle. The deal is up for renewal in October next year. Byrne says that the two airlines “are in healthy dialogue” on their future relationship.

Amid the drive towards wet lease deals, scheduled services will remain a key component. Future growth here will be founded around code-share agreements, where larger network airlines funnel passengers to Cityjet flights into London City airport. Cityjet controls 26% of takeoff and landing slots at London City. A great destination, it can be a tricky place to work due to noise and runway constraints. The new Sukhoi planes will not be cleared to use London City, Byrne believes, until 2019.

The scheduled services also showcase its credentials for wet lease deals with big airlines. “It shows that we are more than a hire-in,” he says. “We understand customer service. Also, we have invested a lot in the Cityjet brand. It doesn’t make sense to walk away.”

The Bray man has no appetite to walk back towards Stobart. “You get slapped in the face once, you don’t go back for more.” Yet, at 63, he is still hungry. He has no regrets about settling back at the controls.

“I think I would have been absolutely unbearable if I hadn’t.”

The life of Pat Bynre

Working day
I come from the south side of the city and try to get here [Swords] for 8am. I tend to leave the office around 7pm. The airline business is always on. I travel a lot, probably eight times a month.

Downtime
Family is my big interest outside of work. I love rugby and my two sons play. Ross is doing well at Leinster, and Harry is still at school playing for St Michael’s and has just made the Ireland under-18s Christmas camp — no turkey for him. I try to play golf. I think I had two games this year. My daughter Eleanor is getting married shortly. I also do a lot walking with my wife, Jane. 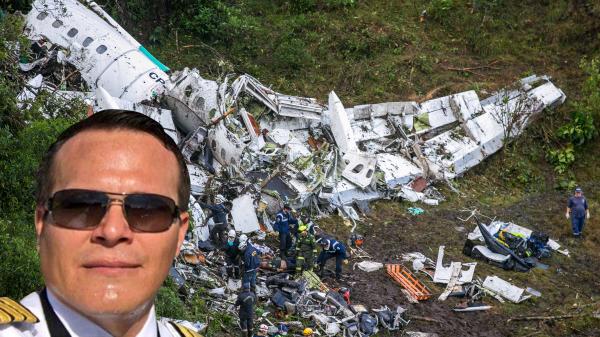 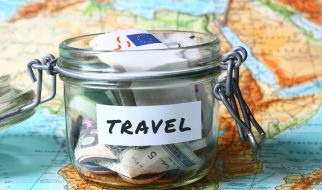