Road tripping is one of the most beloved American pastimes, but there are some places in the U.S. that are a little less than accommodating to tourists.  Vacation time is supposed to be spent enjoying memorable moments with friends and family.

What you do not want is to become familiar with all the local hospitals and police stations.  Read through this useful collection of places to avoid while road tripping through the U.S. this year, and plan a safer, more entertaining journey.

The French have a known fear of the southern part of the city of Atlanta, and warn their patrons not to travel downtown after dark.  The city is also terrible for traffic, and is one of the leading cities in the nation in traffic accidents.

Miami used to be one of the worst places to visit for Canadians, as they seemed to be a target of random pickpocketing and muggings.  The Canadian government had since said the crime is getting better, but tourists should still exercise caution in the city.  Miami was built on the drug trade, and thus, is not filled with the best of people.

It is not recommended that anyone be out after dark in downtown Detroit, Michigan.  Unfortunately, the homeless community is prominent in the more urban areas of the city, and they do not have much to lose.  Explore the city during the day to avoid any chance run-ins with some of the local criminals.

St. Louis, Illinois is a busy city with lots of through traffic from the airport and the roads.  The city is a hub for many people trying to get somewhere else.  It too has a large homeless population, and an increasingly dangerous issue with drug use.

New Orleans is no family friendly place to play.  The city is oozing with culture and region specific cuisine, but the nightlife can get very dangerous very quickly.  New Orleans is one of the most partying cities in America, and drunk people can get very out of hand.

Cleveland, Ohio officially got a danger warning from the French government to its citizens.  Cleveland Height, Euclid, and Lakeland were specifically named as some of the worst areas of the city.  Rightfully so, considering 1,384 of every 100,000 citizens is a victim of a violent crime each year.

Memphis is the rough and tumble part of Tennessee.  Former home of the King of Rock N Roll, Graceland sits in a particularly rough area of town, especially after dark.  Explore the city during the day. 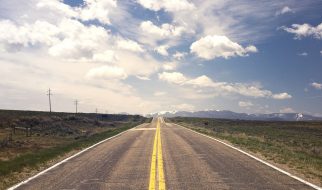 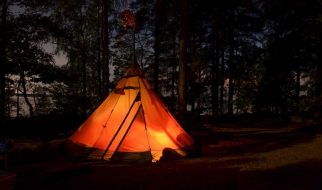